The little show that DREAM ALIVE did on Tuesday was EnterTheShell.com

Our performance/interview is up for listening here:

The bands that I’m working with are putting in the effort for some good music and to get themselves out there.

In the last post I talked about recording with With Our Arms To The Sun (WOATTS).. This time I have reason to talk about band DREAM ALIVE.

A few days ago, on Sunday we got together with a Film school student Fred Teng, who put together a crew and some equipment to shoot a music video for the bands song “I Just Want To See You Tonight”.

We got to the location at about 7.40am and wrapped at 6pm. It was a long and tiring day, but really fun and I enjoyed every moment of it.

Here’s a couple of photos of the shoot: 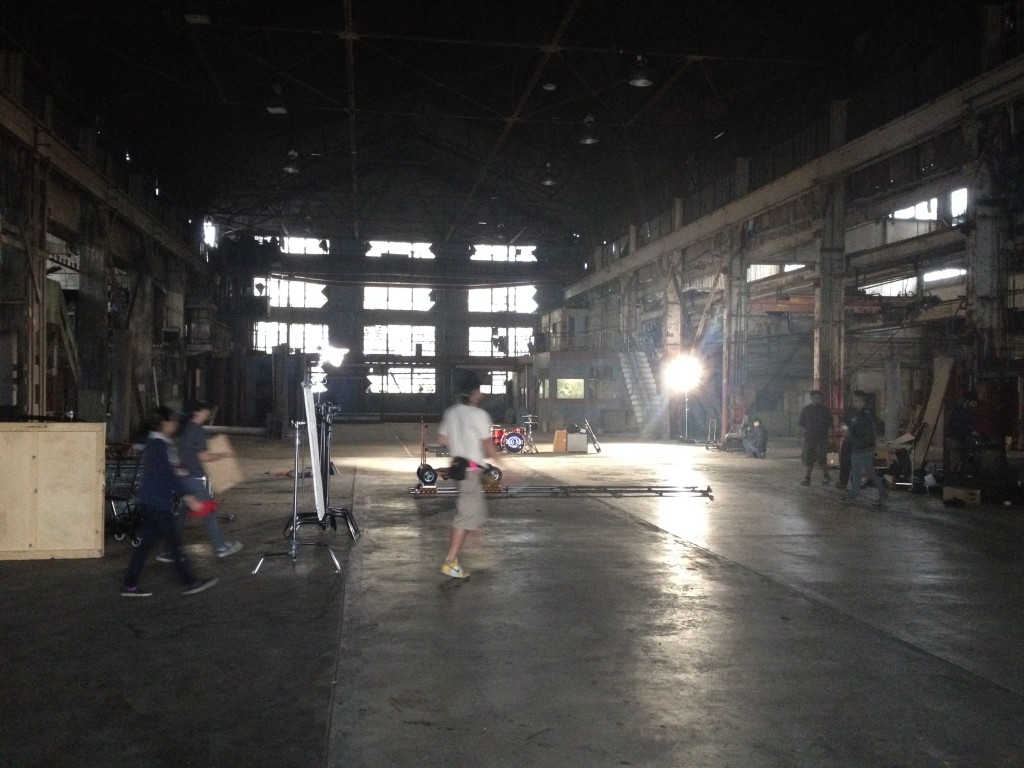 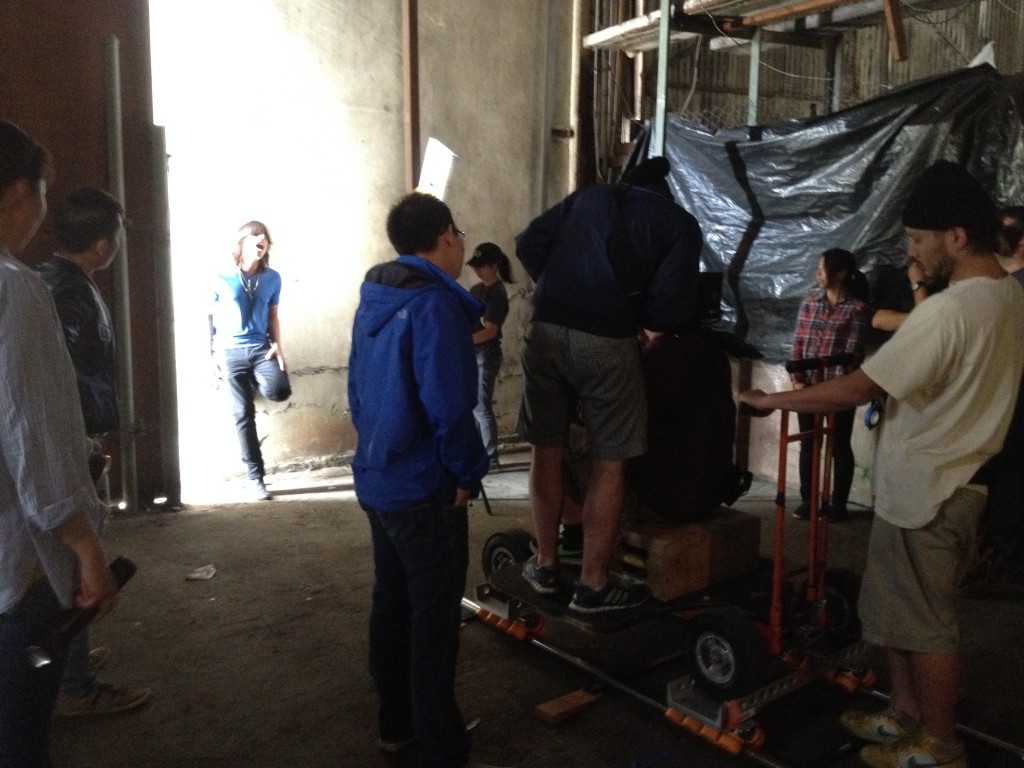 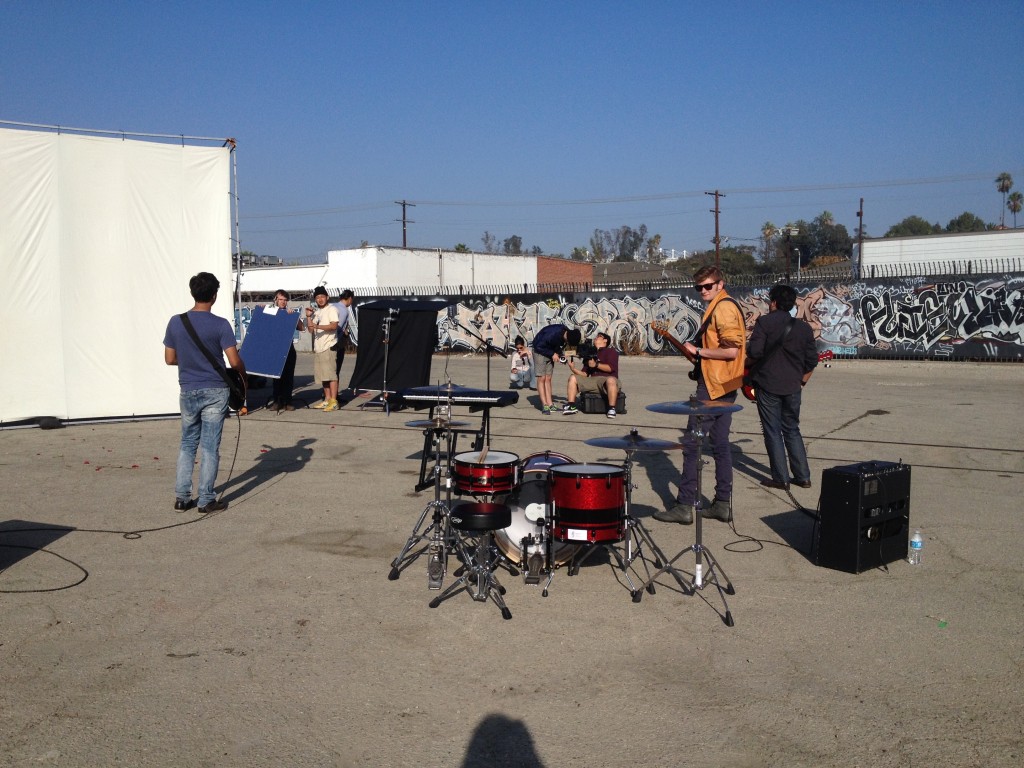 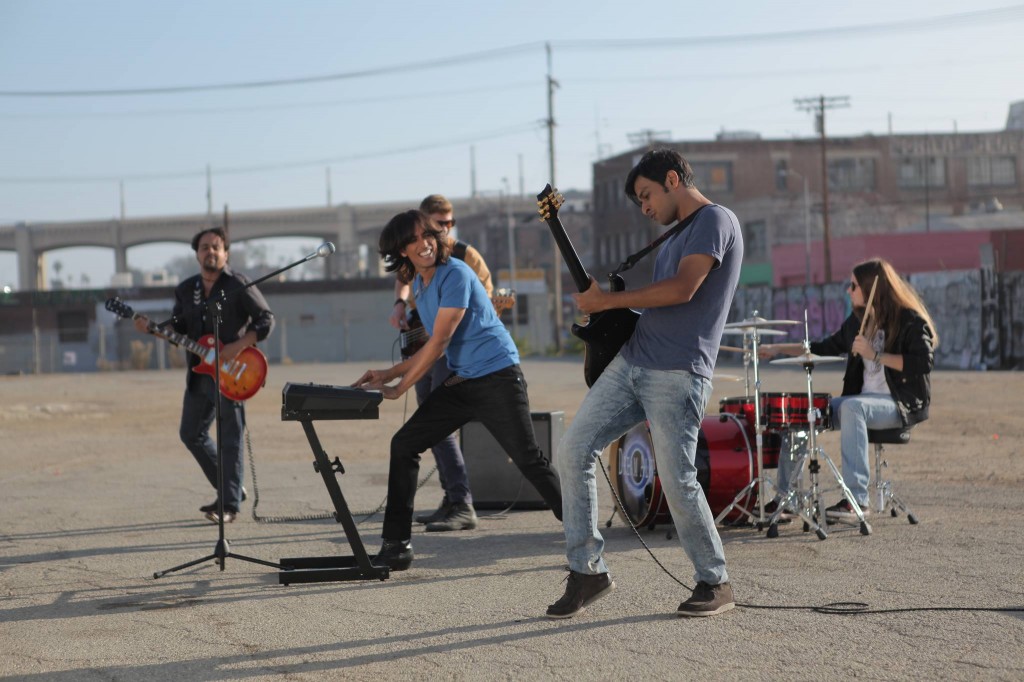 A couple of days later, today, Tuesday 29th, we did a show called ENTER THE SHELL (.com). A little four-song live performance mixed with a little interview.

Yet again, had fun with it and got to play some live music. If I’m not mistaken then the episode is supposed to come online this Thursday. I’ll definitely post a link and reminder as well

Here’s a couple of shots from the location: 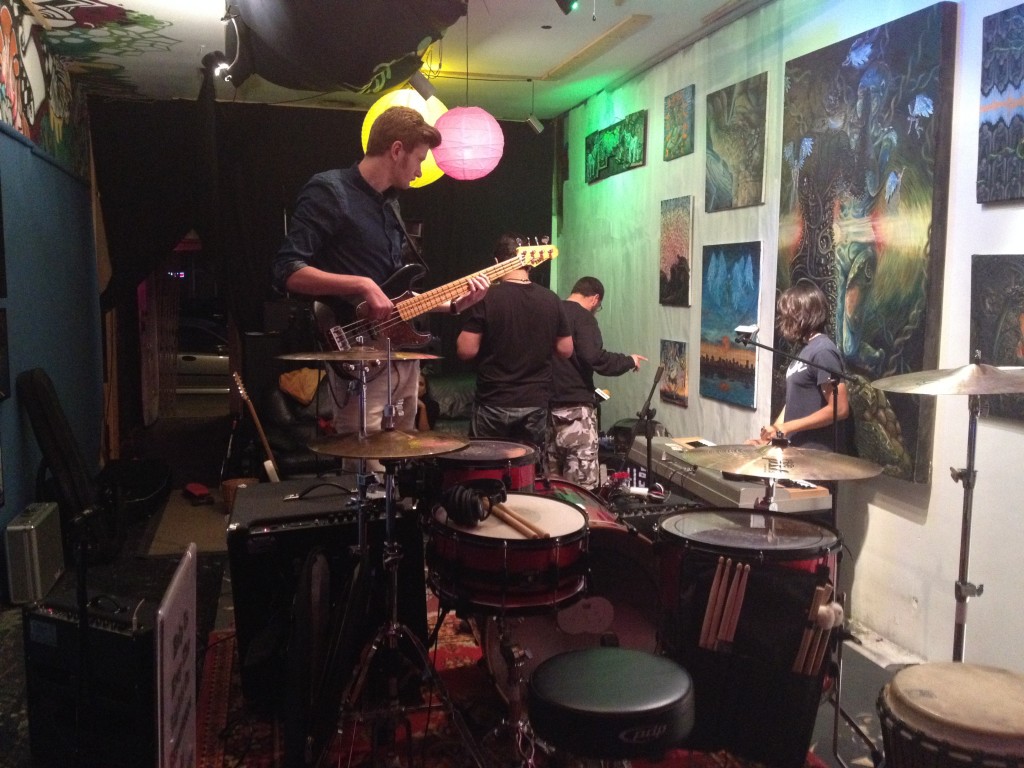 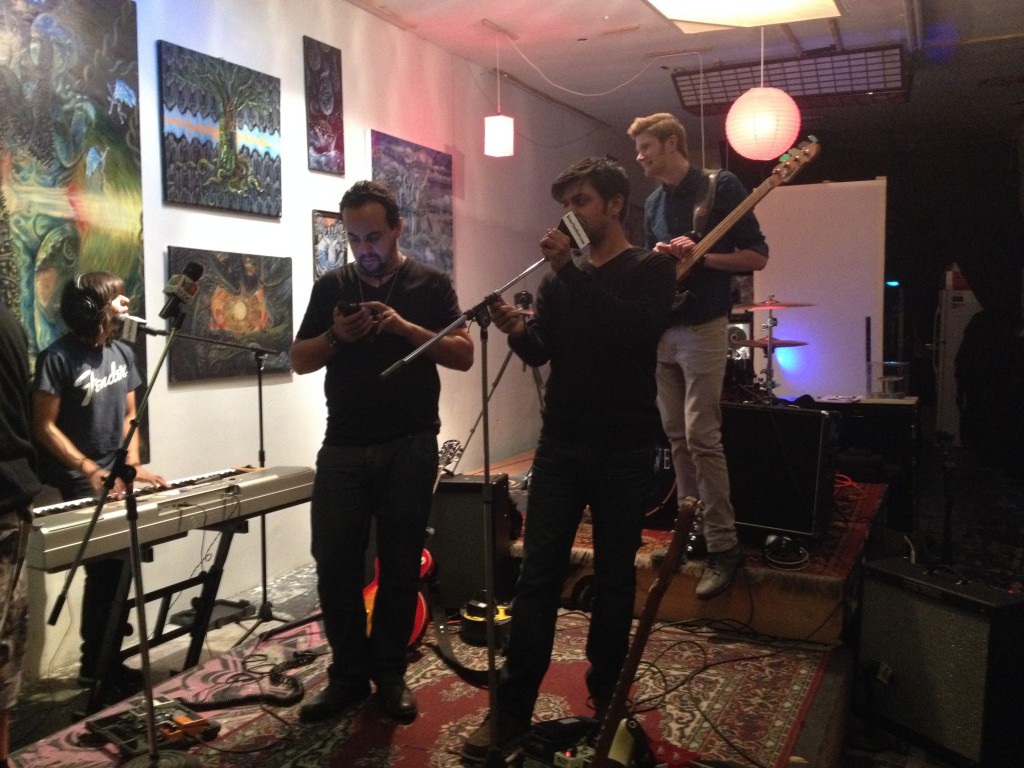 Things are moving along with all the bands I’m in and it’s good to be playing. A lot of work to be done still, but it’s all fun stuff – looking forward to it.
I’m sure I have a lot more to post in the near future.

Keep an eye out!
Until next time!

With Our Arms To The Sun

Another sunny day here in LA and ready for some great music!

In the last post/update I mentioned about the new band I’m now working with (With Our Arms To The Sun).

This Friday I drove down to Scottsdale, Arizona to do some drum-recording. That desert road seemed to be never ending, but I got there eventually 😀 (wasn’t that bad at all).

I met the guys at a rehearsal place to play through a couple of songs and get some promotional video material of us playing.

The second day we went in to record the drums for those same songs to finish up the promo-package. It was the first time I had ever played with an electronic drum-set (at least what would be worth of calling “playing”).

…and no. I don’t like electronic kits. I’ll leave it at that.

Fortunately the guys at WOATTS have some good samples/plug-ins, that would make it sound quite good. My job was to do my best to get the dots in the right place 😉

I’m really looking forward to see and hear the result of those two days and I’m really glad I can work with those guys.

I’m gonna be playing a show with them at On The ROX on 23rd November.

Exciting times and can’t wait to play some more music! Stay tuned and check the band out on fb : https://www.facebook.com/WithOurArmsToTheSun 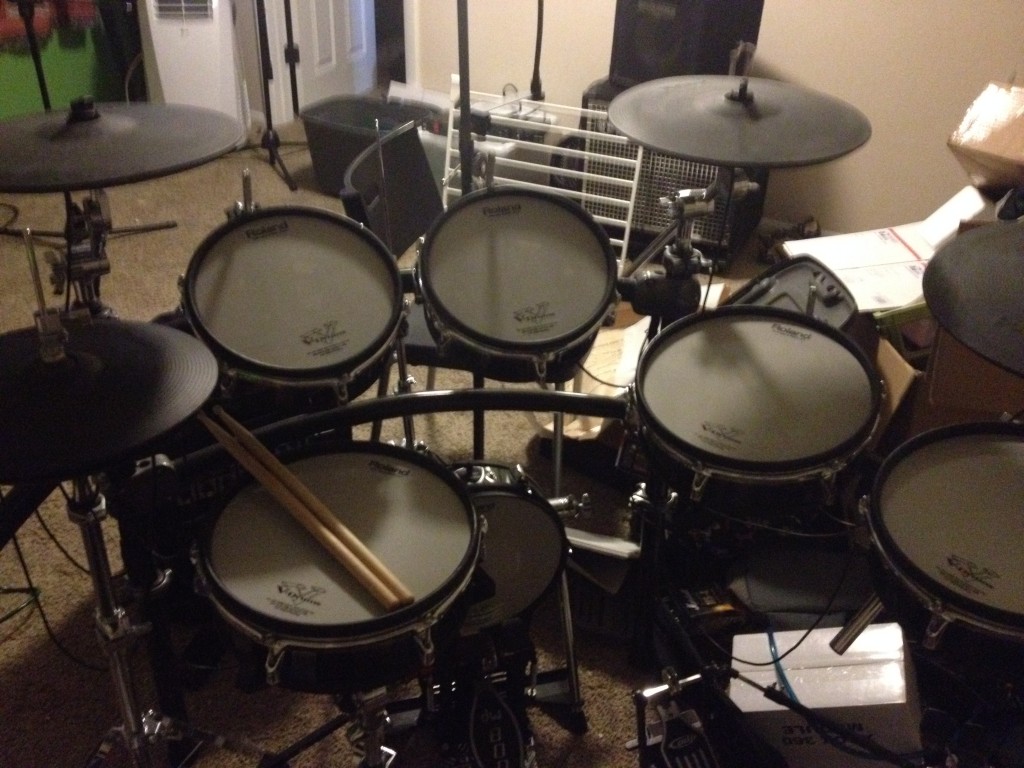 It’s been a little while since my last post, but things have been a bit hectic and interesting at the same time.

Some time ago, I wrote that we’re gonna release an EP with my band RADIC. Things changed in the last minute and we decided not to release the EP as intended.
We’re currently looking for a singer to complete the band to continue working on our material and release a proper package of songs. It’s not easy to find the right singer, but hopefully it’ll work out well.

However, since we did already have 3 proper recordings of our first songs, we decided to put them out there anyway, just not to advertise it as much as we would’ve with the EP.
You can find the drum-cam videos on my VIDEO section. The audio files are up on the soundcloud page: https://soundcloud.com/radic-official
And a video of us three recording the song “Elizabeth”: http://www.youtube.com/watch?v=hLhghKY3PuM

On “Elizabeth” we invited Helen Leetsar of Silverstique to feature as guest vocals.

The other band that I’m in, DREAM ALIVE, is also working on new material. As I wrote in the last post, we recorded some new songs, that should be released in not too distant future.
Also, next weekend, we’re gonna start shooting our new music video for one of the new songs. I’ll keep you updated on that as well.

We have an upcoming show on 29th in North Hollywood. Not exactly sure, but I think it was a live radio-show. Should be exciting

Two of the other artists/bands (singer Steve Smith and singer/songwriter Eric Stern), that I’m working with right now are preparing their live set, so I’m hoping to have my first shows with them in November (fingers crossed).

On a more recent note, I was hired to the band WITH OUR ARMS TO THE SUN to record some new material and if all goes as planned, to go on tour with them as well.
Really cool guys, can’t wait to work with them on the first session next weekend.
They’re based in Arizona, so it’s gonna be a work-road-trip in one 😀 Can’t wait.

The band was recently signed and they’re managed by the same guy who works with band TOOL. If I get new info about possible show or tour dates, I’ll definitely post it here as well.
You can check them out on facebook: https://www.facebook.com/WithOurArmsToTheSun

Right now is the time where I have to put in the time to prepare and get everything set up for all the bands to start gigging. I’m sure I have news about shows and new material for you pretty soon, so definitely keep your eyes open!

Have a great weekend everyone!