…is a drummer with over 17 years of playing experience. He’s played with numerous different bands and projects both live and in studio. Although he has played mainly rock-related music, he also likes to play most of the popular genres like rock, pop, blues, jazz, country, metal, latin to name a few. 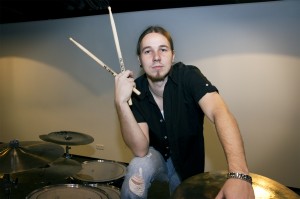 Stanley’s main kit is a 10-piece DW Collectors drumset with a rather unique setup.
With the kick on the left side the power-rack-toms are able to sit lower for comfortable access.
The variety of drums gives him a great range of sound to fit in almost any band-setting.

He is using gear by drum companies such as: 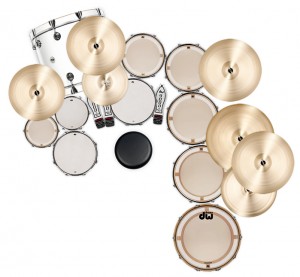 Stanley Love was born in the year 1988, year of THE DRAGON, in the sign of THE SCORPIO hence the personalized logo with original artwork contrived by artist Merilin Andre.

Through his parental influences and various music genres playing in the home, at the age of ten, it was suggested that he take up an instrument in which drum lessons were the first offer. Prior to this, he had no showing or signs of rhythmic skills. Stanley had no real interest at the time of learning any instruments but accepted the suggestions out of curiosity. A year later, he began education at a children’s school for guitar while the continuance of private drum lessons once a week.

Seven years later, while in high school, Stanley’s interest grew in music and instrument of choice – DRUMS. Upon the discovery of drums being his strength and feeling them to be a more suitable instrument for himself, Stanley pursued the positions as a drummer in more serious- minded and creative bands.

Post High school he continued his musical studies obtaining a BACHELOR’s DEGREE in Orchestral Conducting while the studies of DRUMS as well.

In autumn of 2011, Stanley attended THE MUSICIANS INSTITUTE in LOS ANGELES, CALIFORNIA to further his studies and honing his craft as a DRUMMER. This was upon acceptance through a world-wide and highly marked competition via the Institute. Stanley’s skills were recognized and evaluated by professionals of the music industry and within the campus and achieving “THE FULL RIDE SCHOLARSHIP” which allows a complete TUITION paid in full.
Stanley graduated Musicians Institute in March 2013.

In 2015, Stanley was invited to be a apart of a short documentary “TIMEKEEPERS”, a little insight about the lives of professional drummers. This documentary is a part of Bonus Features on the 2015 Oscar winning movie “WHIPLASH” blu-ray disc. Stanley shared his thoughts on playing and learning to play drums in a short interview.

Currently, he is doing a lot of studio work, recording drums for different artists from all over the world, mixed with occasional live performances.
He is always excited for new opportunities, that might come in his way.